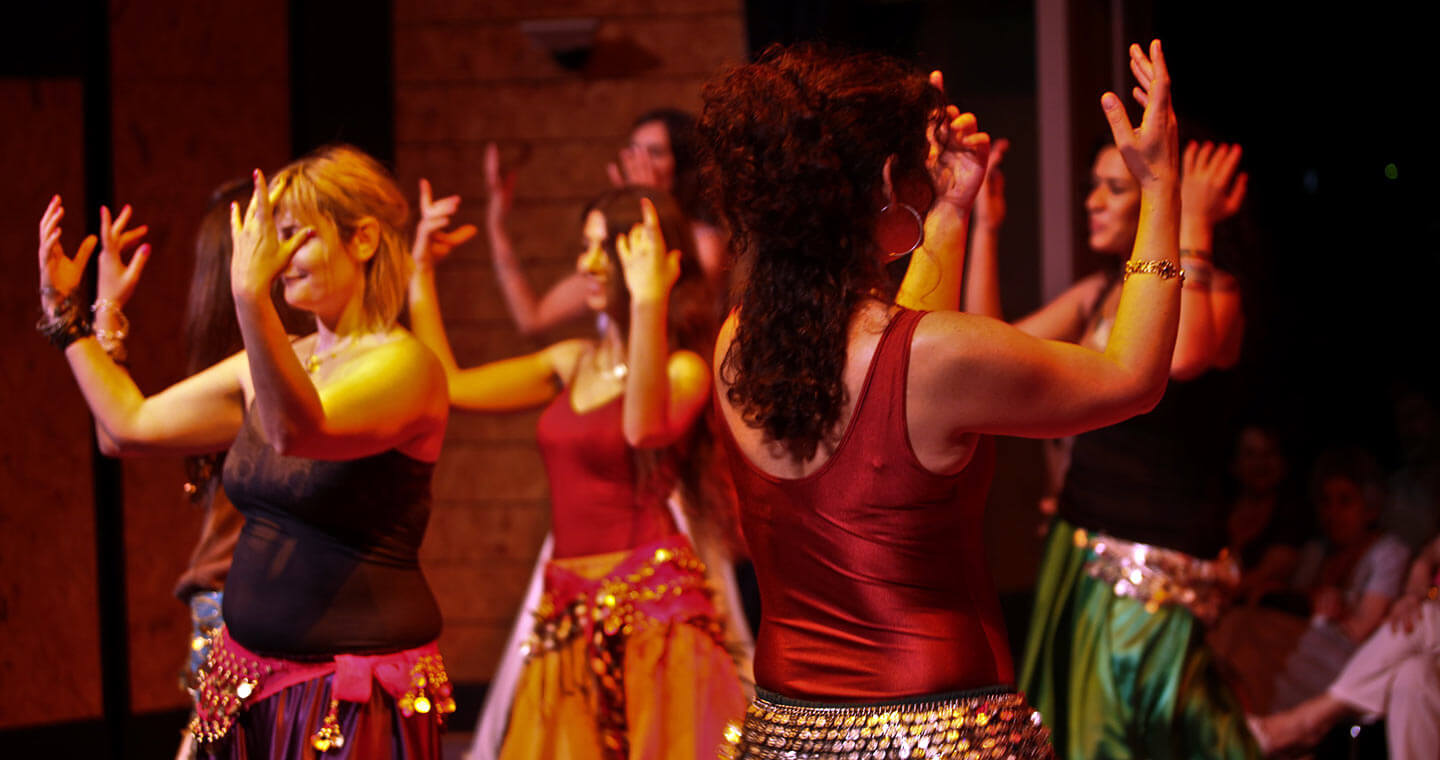 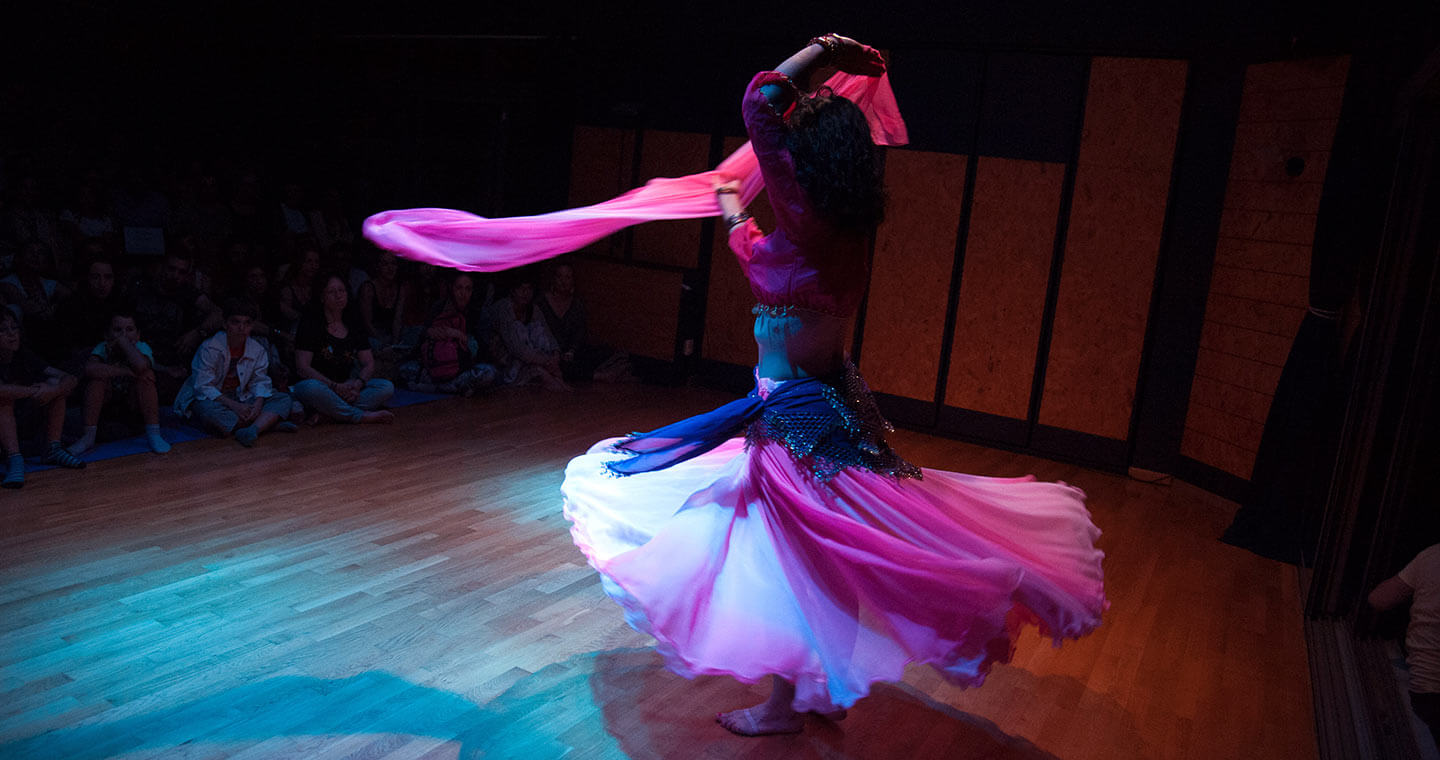 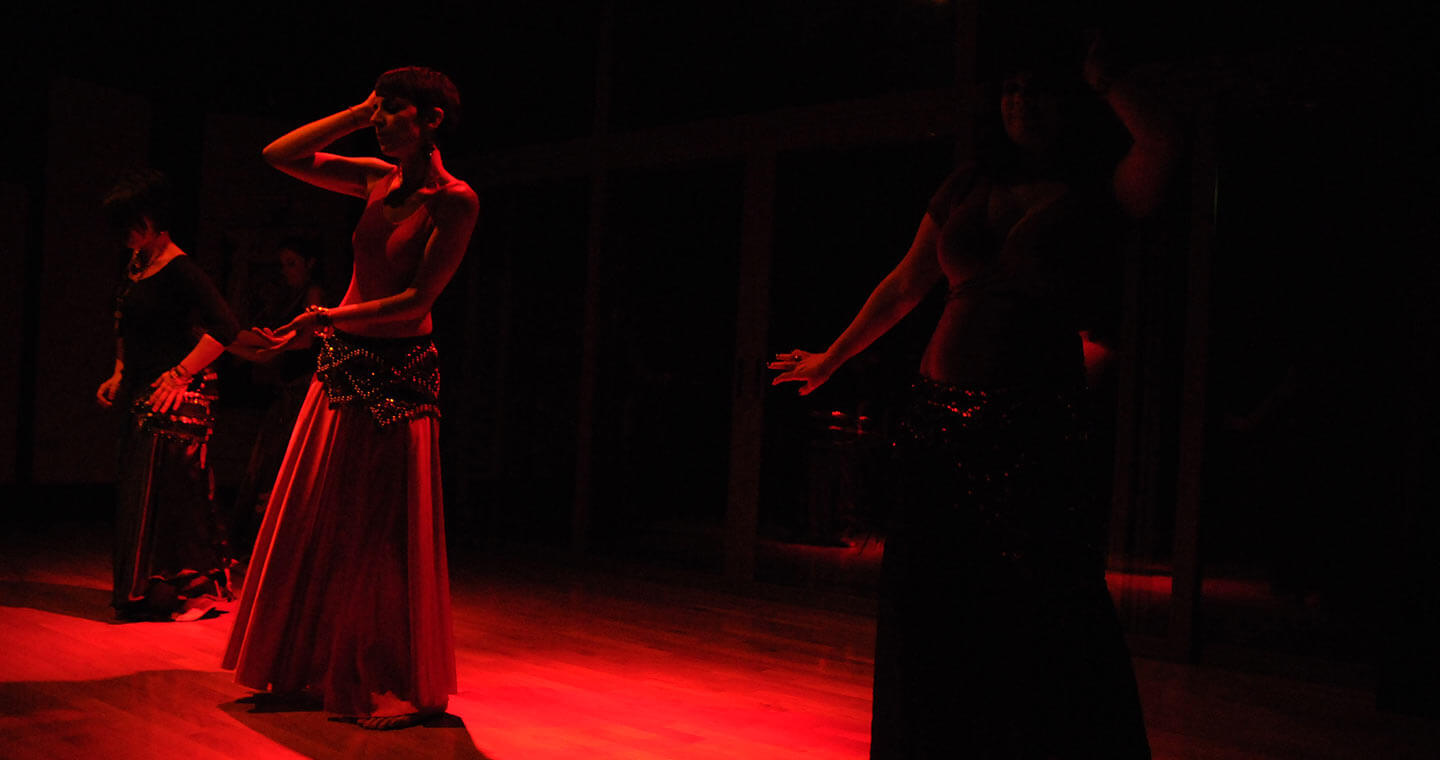 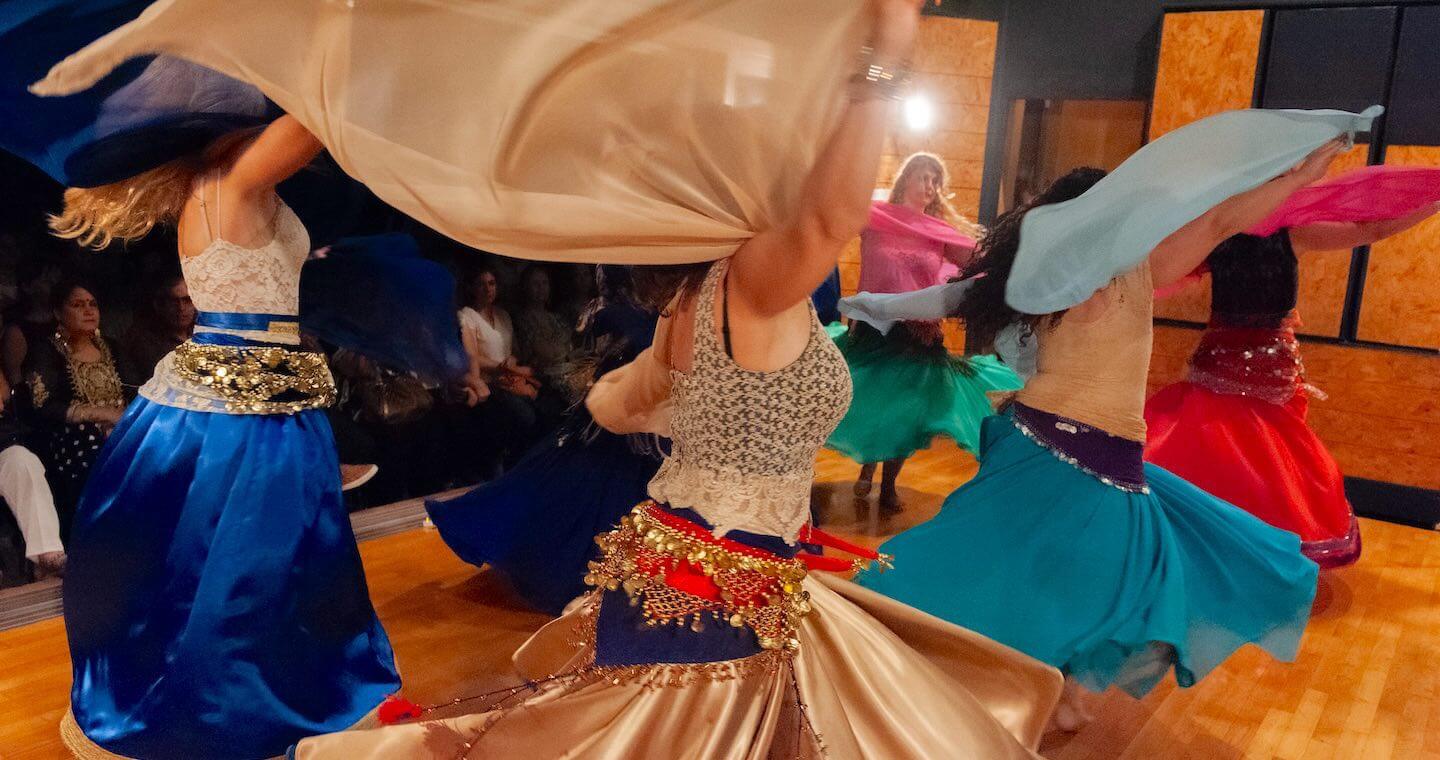 Oriental dance was born in the Middle East and its roots go back to ancient times. It glorifies the power and seduction of the female archetype which expresses dynamically the female energy, through the joy of rhythm and movement. It is ideal for modern women, helping them to get in touch again with their nature, which in our times is often relegated to the background.

Practicing this dance has an immediate effect. It is an excellent mood enhancer/antidepressant, improves muscle tone and flexibility - especially in the torso-, promotes harmonious, graceful, feminine movement and boosts self-confidence.

Oriental dance is based on the natural movement of the female body. For centuries it was performed, as a fertility dance, by women for women, in the context of social gatherings and happy occurrences such as marriages. It is believed that in the past those movements were taught to girls because they helped the body prepare for childbirth.

Note: The misnomer “belly dance” given by the first Western visitors of the Middle East, is being gradually abolished as demeaning and limiting, in favour of “oriental dance”, an exact translation of the Arabic term “raqs sharqi”.

It is suitable for women of any age and body type, even those who have never practiced any form of dance before.

At Shantom we teach the Egyptian style, and additional use of accessories such as cane (assaya), veil, tray, zills and sword. 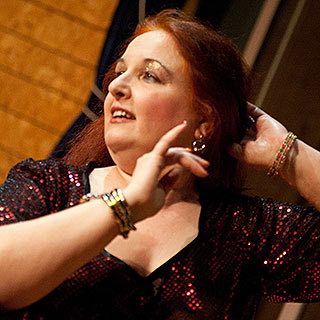 She was born in Rome. She studied ballet for 12 years with Yannis Metsis, yoga for 9 years with Leda Shantala, classical song and musical theory for 10 years at the Athens Conservatory and the Atheneum with Hero Palli and Marina Crilovici, and for 3 years frame drums and other traditional percussion including zills at the Museum of Greek Traditional Instruments in Plaka, Athens. She holds a degree in Literature from Rome University, a postgraduate from the National Capodistrian University in Cultural Management and a drama school degree.

She worked for 20 years as a dance, music and cinema critic at the “Apogevmatini” newspaper, for 10 years as a theatre actress and assistant director. She has taught exercise, dance, rhythm and choreography since 1982. She started learning oriental dance with Rhea of Athens at the age of 24 and since 2003 she has devoted herself exclusively to it, learning with dancers/teachers as Sabah, Penny Baili, Marina Belba, Maria Aya, and attending seminars with teachers from abroad such as Osama Emam, Yelena, Suha Azar, Ma Prabhu Erasmia, Chryssanthi Sahar, Athena Najat, Morocco of New York and others. In Shantom she teaches oriental dance (Egyptian style) since 2006.