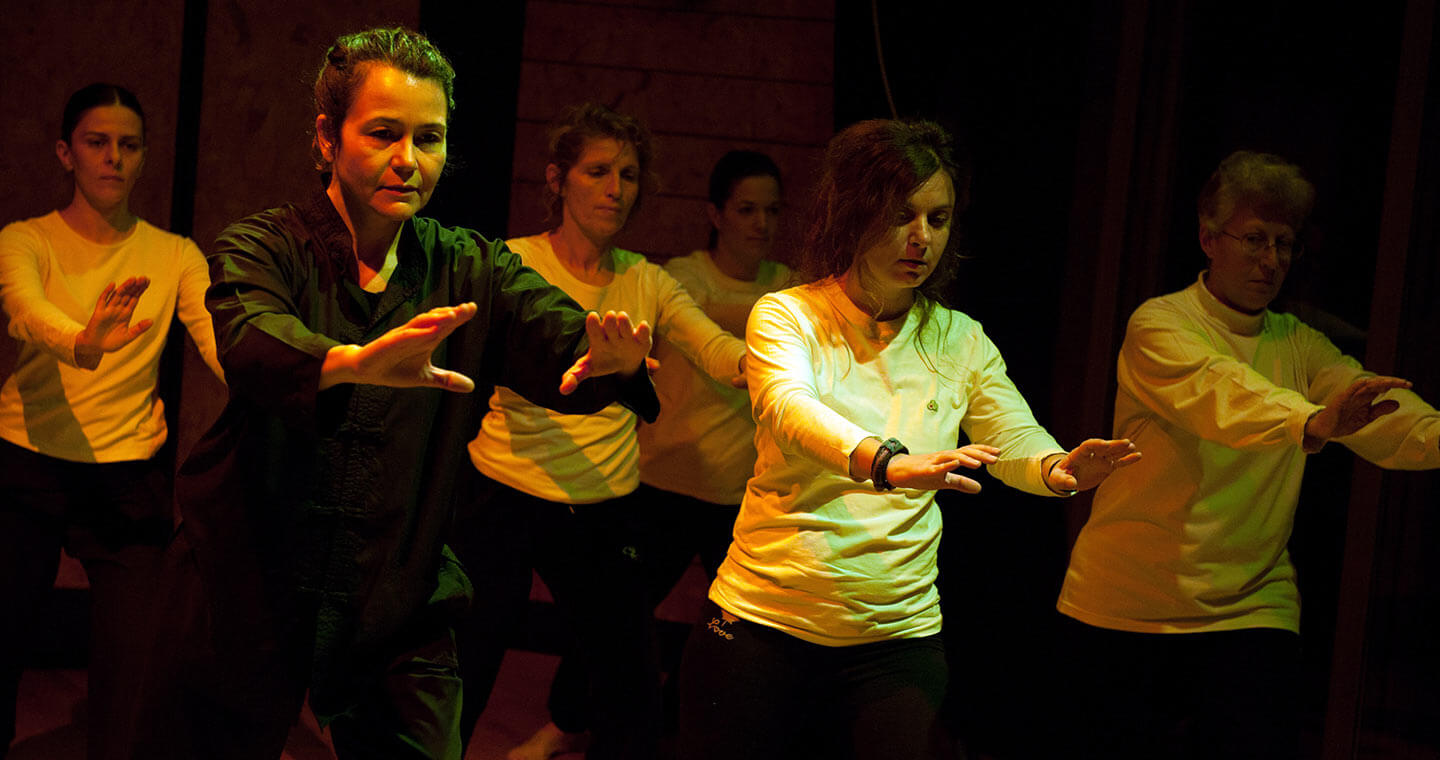 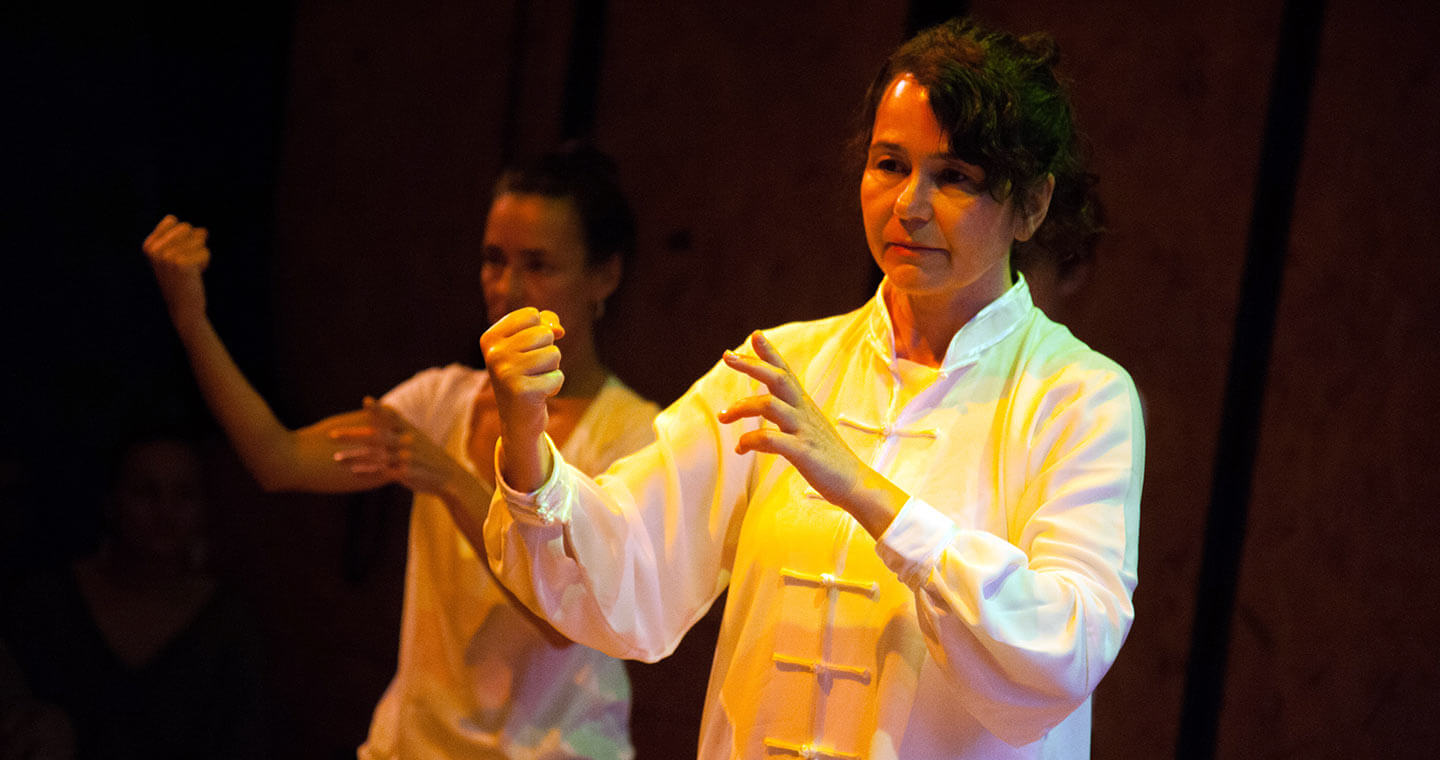 T΄ai chi chuan does not require great physical strength and is accessible to all ages. It treats the body as an organism containing vital energy (Chi).

The benefits acquired by its practice cumulate with the years preserving vitality and health until old age: there is a marked improvement in the muscle tone, in balance, the body posture, in the way of walking, the movement coordination and flexibility. Tai Chi reduces stress and depression, enhances mood and helps maintain an emotional and intellectual balance.

In Shantom we teach the Yang System of Tai Chi.

Dimitra Zirou was born in Athens. She practices T’ai Chi Chuan (Yang style) and Qi Gong since 1992, as a student of Tew Bunnag, founder of the European School of T’ai Chi Chuan. She has attended workshops of T’ai Chi and Chinese calligraphy with Master Chen, as well as workshops in shiatsu massage: Chinese, Thai and Japanese. She practices meditation as a student of Dhiravamsa. For the last thirteen years she also studies Αikido and the Japanese sword art, Iaido.

She teaches T’ai Chi Chuan, Qi Gong and meditation since 2001. In Shantom she teaches since 2004.

She has taught photography, theory and technique at the Photography Department of the Athens Technological Educational Institute and at the Aegean University in Syros. Since 1993 and until today she has published numerous articles and pictures on African cinema, the European arctic native populations Sámi and the Aurora Borealis. Her photography work has been exhibited at the Goulandris Museum of Natural History (2003), at the Attic Metro (2004), the Athens Planetarium (2005), the Olympos-Dion Festival (2013) and at the Michalis Kakoyannis Foundation (2015).

She has directed numerous documentaries for ET1, the public television channel, and she is currently (in 2019) planning two more documentaries, in arctic Norway and in South America.